Songs for Voice and Mellotron 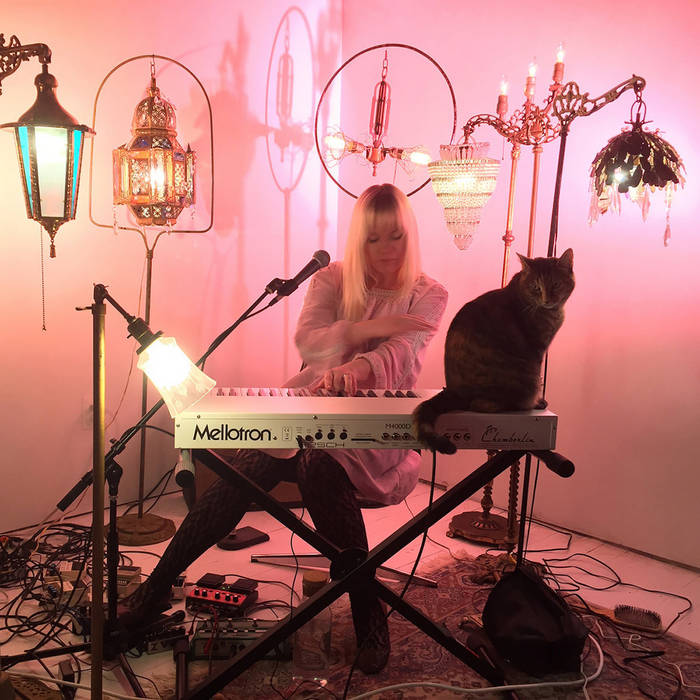 Janel Leppin is a cello virtuoso and multi-instrumentalist; an architect of acoustic and analog sound; a haunting and mythic singer with a sharp political consciousness. A celebrated young voice with a dedicated following on D.C.’s jazz and improvised music scene, Leppin shows off another side on Songs for Voice and Mellotron. It ventures even further down the ethereal path she’s blazed with the acclaimed duo Janel and Anthony, and lands her in the realm of experimental dream-pop.

On Songs for Voice and Mellotron, Leppin draws from far and wide: the songcraft of Björk and Portishead, Ai Wei Wei’s art, Sufi poetry, the hardcore D.C. punk and noise-music scenes that reared her. Leppin played every instrument herself, creating layers of guitar, cello, organ, harpsichord and much more, then added vocals—sometimes with no words. But she awes you with restraint: no stroke of percussion lands without impact,
and her songs give you just enough melody to get wedged in your memory. Her skills as an improviser and contemporary classical artist shine through, giving the record its aura of intrepid command.

Janel and Anthony recently toured Europe in support of 2012’s Where Is Home, a four-star winner in both DownBeat, which hailed Leppin as an “absolute virtuoso,” and BBC Music Magazine, which called it “a beguiling, thoughtfully crafted album.” Leppin leads a jazz quintet called Ensemble Volcanic Ash (dubbed “Stunning” by the Washington City Paper),

All Music and Lyrics Written by Janel Leppin
JANELLACELLA ASCAP

Bandcamp Daily  your guide to the world of Bandcamp

Featured sounds from Fly Lo and Ahmed Idris, plus Mother Nature hops on to drop off new project